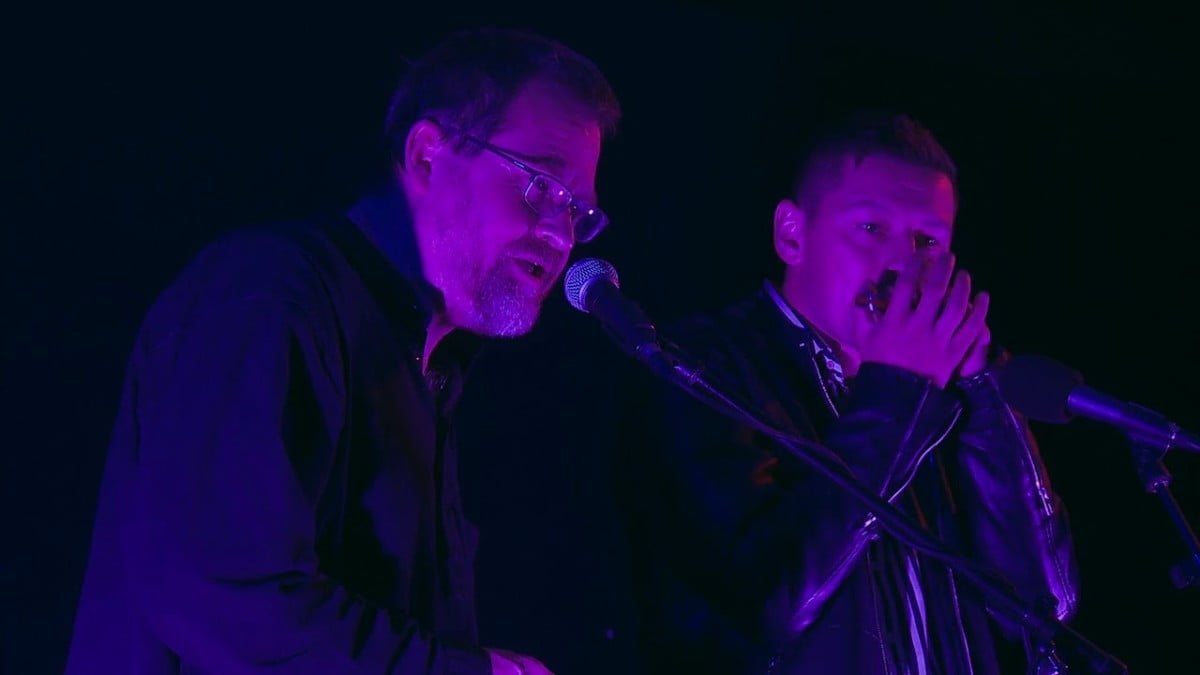 Share on TwitterShare on FacebookShare on PinterestShare on LinkedInShare on Email

Andy Irvine, Don Baker, Brendan Power and Seamie O’Dowd are some of the artists due to play open-air concerts at Cloughjordan Amphitheatre on Friday 15th and Saturday 16th of September in what is billed as a “Free Reed Gathering”.

What a line up we have for you at this event coming up in September! Andy Irvine and Don Baker on the 15th! And Brendan Power and Seamie O’Dowd on the 16th! Plus supports acts with Cathal Johnson and Maciek Zaworonec are will also perform throughout the weekend! Where would you get it?! Individual tickets available through Eventbrite here and here.

If you can help or want to help support us please purchase tickets. Even if you can’t make it! We are asking for your help in running this this year. It will we hope be a yearly event. I am running it along with my friend Mick Canney from Cloughjordan Eco Village and Cloughjordan itself. This is a harmonica event billed as “The Free Reed Gathering”. To be held at Cloughjordan Eco Village and village. We are running this event ourselves and with little or no funding, any help is appreciated!!

The concerts are part of a weekend of music called the ‘Free Reed Gathering’ in the town. The festival is focused on the harmonica and other ‘free reed’ instruments. Such as the concertina and accordion. This year boasts concerts and workshops by some of the very best traditional Irish and blues musicians. The organisers hope that it will become an annual event.

DON BAKER was born in Whitehall, Dublin. He is a singer-songwriter who plays the harmonica and the guitar. He appeared in several films. His most notable appearance being in In the Name of the Father and On the Nose. He has published harmonica instruction books and videos.

While Baker is already acknowledged as one of the top blues harmonica players in the world. Another key feature of his recently released album; My Songs, My Friends. The quality of his guitar playing and the range and depth of his songwriting. ‘Politician’, featuring John Spillane, castigates our politicians. While there’s a suave gospel elegance to ‘Lord Have Mercy’, a duet by Eleanor McEvoy and Brian Kennedy. Sinead O’Connor is in vintage form on Baker’s ‘Cinderella’, while ‘Maureen’, sung by Baker himself. A touching love song a la Mark Knopfler.

At the close of the upbeat ‘Little Rock’n’Roll Band’, Finbar Furey sings, “Come on, Don, write me one more song.” That sentiment superbly encapsulates the esteem in which Baker is held in by fans and musicians alike. My Songs, My Friends, released on Don’s own label.

Weekend tickets available via myself Cathal Johnson or on the door at only 25 euros. Include two magnificent concerts and harmonica workshops with meastro Brendan Power, (myself) Cathal Johnson and the amazing Magic Maciek Zaworonek! Now that’s value!

On Friday evening there’s a very special double-bill with two of Ireland’s great troubadours; Andy Irvine and Don Baker. Both artists will perform some of their favourite and best loved tunes in solo performances. And later, when these two get together on stage, just about anything could happen!

Saturday promises another great gig as Brendan Power. Acknowledged as one of the world’s best harmonica players, takes to the amphitheatre stage. This is a rare Irish appearance by the UK-based harmonica maestro. On the night he will be accompanied by the excellent traditional Irish and blues guitarist, Seamie O’Dowd from Sligo.

Although a New Zealander, Brendan Power is an all-Ireland champion, so expect an exceptional traditional set with O’Dowd (formerly of trad super-group Dervish) on the strings. Both these men love the blues, and are hugely accomplished players, so its definitely going to swing later on!

BRENDAN POWER, UK-based New Zealander is acknowledged by many as one of the most creative, skilled & versatile harmonica players around today. Equally at ease on both the earthy Blues Harp as well as the sophisticated Chromatic Harmonica. He tunes them to his own scales to create a highly original style. He has recorded over twenty solo CDs to date, in a wide variety of musical genres.

Since he moved to Britain in 1992, Brendan’s eclectic skills and sympathetic ear have made him an in-demand session player. Leading to live and recording work with artists such as Kate Bush (her latest album ‘Director’s Cut’), Sting, Van Morrison, James Galway, Paul Young, Shirley Bassey, John Williams, Mike Batt and many more.

His playing is also heard on many Hollywood movie soundtracks. (eg. the 2008 Oscar winning soundtrack for ‘Atonement’, Jackie Chan’s ‘Shanghai Noon’). Internationally syndicated BBC TV series (eg. ‘Billy Connelly in Canada’, ‘Auf Wiedersehen Pet’, and Bruce Parry’s ‘Arctic’ Series). He has featured on the world-renowned ‘Jools Holland Show.’ Regularly toured worldwide, performing in venues such as China’s Great Hall of the People. The Royal Albert Hall and The Kremlin. Brendan was voted “International Harmonica Player of the Year 2011/12” by the respected SPAH organisation of America.

In addition to his Pop, Jazz & Blues skills, Brendan is an expert player of Irish traditional music (winning the 1993 All Ireland Title). Performed for three years as soloist in the Riverdance Show. He has recorded with many well-known Irish artists including Donal Lunny, Altan, Paul Brady, Arcady, Artie McGlynn, Mary Black and others. In February 2012 Brendan and Tim Edey won the “Best Duo” title at the 2012 BBC Radio 2 Folk Awards.

A respected harmonica technician & customiser. Brendan was employed for 5 years by Suzuki Musical Instruments Co. of Japan as their International Harmonica Specialist. During which time he helped Suzuki develop and promote most of their current range of diatonic and chromatic models. He left in April 2013 to pursue freelance projects. One is devoted to making high-performance extra-reed harmonicas for increased note-bending ability: X-Reed.com. In the course of this project Brendan taught himself CAD design. Mastered the new generation of maker-machines such as 3d printers, laser cutters and CNC millers. Constantly inventing, he designs and creates a wide range of cutting-edge custom harmonicas in his home workshop. Selling them all over the world to players seeking fresh sounds and better performance.

Brendan is also an inventor and has invent many modern day harmonicas! Such as his double chromatic harmonica, valved harmonicas, his 3D printed ‘Powercombs’ which are fantastic once installed into chromatics harmonicas and increase the sound, tone, volume and control over the reeds when bending. Check out his website here: http://www.brendan-power.com

ANDY IRVINE is one of the great Irish singers. His voice one of a handful of truly great ones that gets to the very soul of Ireland. He has been hailed as “a tradition in himself”.

From Sweeney’s Men in the mid 60s, to the enormous success of Planxty in the 70s. Then from Patrick Street to Andy Irvine & Dónal Lunny’s Mozaik. Andy has been a world music pioneer and an icon for traditional music and musicians.

As a soloist, Andy fills the role of the archetypal troubadour with a show and a travelling lifestyle that reflect his lifelong influence, Woody Guthrie. To quote the Irish Times, “Often copied, never equalled”, his repertoire consists of Irish traditional songs, dexterous Balkan dances and a compelling cannon of his own self-penned songs.

Maciek Zaworonek was born in Poland in 1983. He was fascinated with the blues, jazz and gospel music. In his teenage years he took up the harmonica. Which became his main instrument. He played in music festivals in Europe with his soul band called Puste Biuro. Won three harmonica contests. He moved to Ireland in 2006. Maciek teaches both diatonic and chromatic harmonicas.

Cathal Johnson is a harmonica player and technician who carries out work for players in Ireland and the UK. He comes from Co. Louth, and is now based in Galway. He plays harmonica, guitar, accordion and melodeon.

Andy Irvine on my Harmonica builds and repairs: “It’s great, after all this time, to find a harmonica technician here in Ireland! I’m delighted to give my full endorsement to his work, repairing and tuning harmonicas.”

Cathal studied with harmonica guru Brendan Power and is the Hohner Service Harmonica Repair for All Ireland. In 2010, Cathal attained a degree in Applied Music specialising in solo performance playing Irish Traditional Dance Music on diatonic and chromatic harmonicas and accordion.

These are the last concerts in an extraordinary year for the Cloughjordan Amphitheatre. The new venue has got off to a great start with the official opening by President Higgins in late April. A number of successful community and youth events over the Summer. The project has just been awarded additional funding from the Department of Arts Heritage and the Gaeltacht to continue development work over the winter.

Admission to both concerts is €15 and tickets are available online through Eventbrite and on the Cloughjordan Amphitheatre Facebook page.

Special weekend pass covering admission to both shows and the workshops are priced at only €25!

These concerts are open-air at the Cloughjordan Amphitheatre and patrons are asked to dress appropriately. In the event of bad weather the event will be moved indoors.

Please do spread the word, thanks! 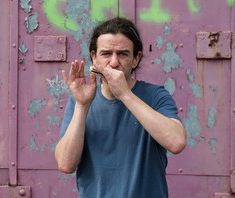 Cathal Johnson has 27 years of playing, tuning, maintaining, repairing and innovating his own harmonicas.

In 2019 he was recognised and certified by Hohner Harmonica manufacturers in Germany as “Hohner Service Technician”.

Is There A Newsletter?

This site is currently having a facelift... please bear with us! Dismiss

This website uses cookies and thereby collects information about your visit to help improve the website, show you relevant social media content and/or show you relevant advertisements. Please see the policy page for further details and fine-tuning of cookies settings or agree to ALL cookies now by clicking the 'Accept' button. You can of course revoke your consent at any time in the future via the same policy page.

AnalyticalThis website may use analytical cookies to make it possible to inspect visitor traffic and optimise usability based on this data.