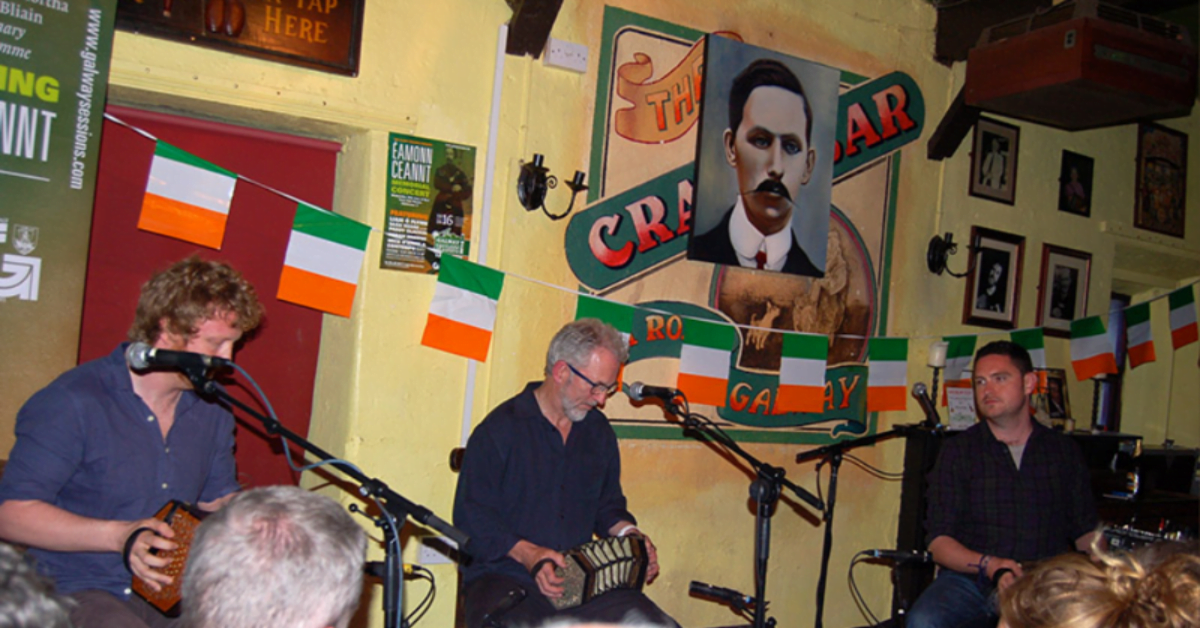 The launch of the Galway Session’s Tin Sandwich Festival Programme 2018 will take place this Friday, May 4th at 6pm in the Crane Bar, Galway. It will be launched by renowned actor and harmonica player Patrick Bergin.

The Festival, which will run from June 13th to 17th will focus on the wonderfully versatile instrument, the harmonica, known in the Irish tradition as ‘The Tin Sandwich.”

It’s versatility allows it to adapt to a wide range of music genres including roots, folk, jazz, blues and traditional. The festival will feature a sample of all the above.

According to the Festival Director Mick Crehan, the playing of the harmonica, a deceptively simple looking but quite complicated and powerful instrument, has experienced a strong revival in the past decade.

‘This is due mainly to the efforts of some great practitioners such as the Murphy Brothers from Wexford, Carlow’s Mick Kinsella and one of Ireland’s greatest imports, Rick Epping from the US.

‘We are proud indeed to present these greats and many more wonderful artists in what promises to be a memorable week of music, song and dance,’ Mick Said.

Highlights of the Galway Session’s 2018 will include the explosive combination of TG4 musician of the year Frankie Gavin, the fiddle maestro of De Dannan with the remarkable Rick Epping on harmonica and concertina in the Roisin Dubh. Many will remember Rick as a member of Pumkinhead, one of the great pioneer folk groups of the ’70s.

Another legend, the Planxty and Patrick Street star Andy Irvine will bring his unique voice and talent to the stage, also in the Roisin Dubh.

For a more contemporary feel watch out for The Spook of the 13th Lock and Landless, also at the Roisin Dubh.

A series of early afternoon and evening recitals will also take place in the King’s Head and Saint Nicholas Collegiate Church as well as night time gigs in the Crane Bar, including a launch of ‘Up She Flew’ a new album by flautist and singer Stephie Geremia.

There will be a great sessions and gatherings daily at Tigh Choilli, Taaffes and Tigh Neachtains.

Workshops will be available on Saturday 16th and Sunday 17th with Mick Kinsella focusing on Irish Traditional music, Maciek Zaworonek from Polands on jazz and blues. Harmonica Tech, Cathal Johnson will be on hand to cover technical aspects, repairs and harmonica maintenance too.

A Gala Festival gig will take place in Monroe’s live on Saturday 16th featuring John and Pip Murphy, widely regarded as the foremost exponents of the Irish Traditional Harmonica. The Murphy brothers feature in the group Tin Sandwich, with Danú members Benny Mc Carthy on accordion and John Clancy, son of the late Liam Clancy, on guitar. Also performing at the concert will be Mick Kinsella on harmonica and concertina, fiddler Thierry Masure from Belgium and Les Trois Blondes, a bal musette group playing French cafè music of the 1940s.

Special guests on the might will be Patrick Bergin, who is also launching the festival. Best known as an actor, Patrick Bergin is also a very fine singer/songwriter, guitarist and harmonica player. He is most famous for his roles in ‘Sleeping with the Enemy’ with Julia Roberts, ‘To the Mountains and the Moon’ with Ian Glenn of Jack Taylor fame and most recently Patrick has starred as a particularly nasty villain Aiden Maguire in ‘Eastenders.’

Following Patrick’s launch of the festival in the Crane Bar on Friday 4th May, there will be music by Cathal Johnson of Harmonicas Ireland and Cian Mulligan and friends.

Cathal Johnson has 27 years of playing, tuning, maintaining, repairing and innovating his own harmonicas.

In 2019 he was recognised and certified by Hohner Harmonica manufacturers in Germany as “Hohner Service Technician”.

This website uses cookies and thereby collects information about your visit to help improve the website, show you relevant social media content and/or show you relevant advertisements. Please see the policy page for further details and fine-tuning of cookies settings or agree to ALL cookies now by clicking the 'Accept' button. You can of course revoke your consent at any time in the future via the same policy page.

AnalyticalThis website may use analytical cookies to make it possible to inspect visitor traffic and optimise usability based on this data.